Do People Keep Squirrels as Pets?

Years ago, it was popular for humans to keep squirrels as pets. But after some time, people realized that these wild creatures ultimately belonged in their natural habitats. Most regarded the adorable and busy creature as a pest from then on. Read on to discover what it is like to keep squirrels as pets and what rules and regulations are in place to protect these wild animals.

Today, many will still agree- squirrels are a nuisance. However, not everyone holds this opinion. Squirrels have a massive fan base all over the world. In fact, several Instagram famous squirrels have as many followers as some of the top social media celebrities.

These agile and graceful creatures are often kept as pets, yet it remains highly controversial. And that’s why James River Pest Solutions is covering this topic.

The History of Squirrels as Pets

Did you know Benjamin Franklin wrote the eulogy for a fallen Squirrel named Mungo? He did, indeed. Franklin adored his close friend’s pet squirrel, just as many people did in early America.

By the 18th century, Squirrels were common household pets. In fact, they were once the most popular pet for wealthy families and children. They honored their furry family members by including them in portrait paintings that can still be viewed today at the Metropolitan Museum of Art.

Pet shops sold Squirrels as pets, although people captured them from the wild, too.

However, despite people’s best efforts to tame their Squirrels, it became more apparent that these creatures belonged in the wild. And by the early 1900s, humans increasingly viewed Squirrels as pests rather than lovable pets. By the 1970s, most states established exotic pet laws, many of which included restrictions or prohibited owning squirrels. 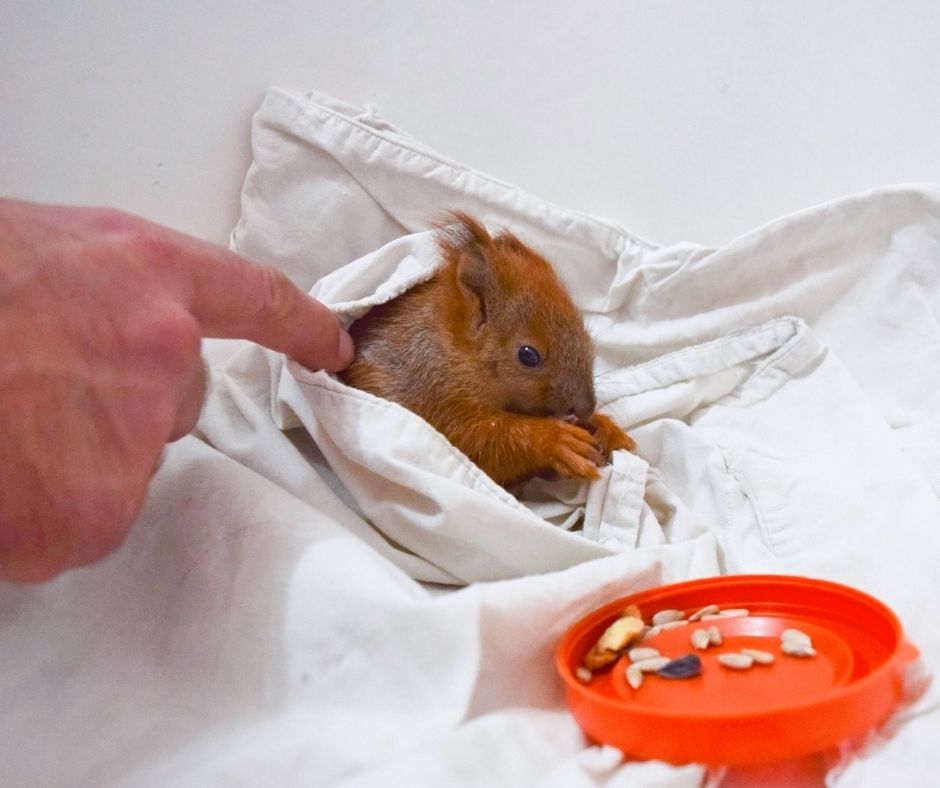 Owning squirrels as pets is not for everyone. In fact, it is frowned upon if you are not qualified to do so. Squirrels are high-maintenance animals that require special care. But they are such a treat if you have the tools, knowledge, and experience to keep them in your home.

Let’s take a look at the good and the bad of keeping squirrels as pets.

Pros of Keeping Squirrels as Pets

Many owners say their Squirrel is super affectionate. They will snuggle up close to you and even give you little kisses with their soft tongue. Squirrel owners melt when their precious furry friend curls up in their hands to rest.

You’ve likely seen wild squirrels leaping from branch to branch in their giant playground-like habitats. They are always on the go, looking for nuts and climbing high into the treetops. And squirrels kept as pets are no exception.

These busy creatures are certainly entertaining to watch. However, they still need entertainment themselves, or they can act out and cause all kinds of ruckus. For this reason, Squirrel owners give their pets plenty of space to run and play.

Squirrels are quite brilliant. Owners will give their smart squirrels dog puzzles. But only the most challenging ones, because they’ll quickly solve less complicated toys.

They can be trained, but it requires patients and consistency. They don’t always catch on so quickly. However, people have trained their pet squirrels not to snatch food from their fingers or jump on command from one hand to the other.

Cons of Keeping Squirrels as Pets

Squirrels are notorious for being a challenge to potty train. So, many squirrel owners learn to keep up with accidents rather than train them to use the bathroom outside or in a litter box. Fortunately, their urine and droppings hardly smell at all.

Like all rodents, Squirrels have large front incisors that never stop growing throughout its life. Because of this, Squirrels constantly chew to grind down their teeth. Without chewing so often, the Squirrel’s incisors can grow too large and cause significant health issues.

And unfortunately, this also means that pet squirrels will gnaw at anything they can get their paws on in your home. You can expect to see chew marks on furniture, small items lying around, and even the baseboards.

Additionally, their claws are incredibly sharp. Squirrels are known for scratching up the fabric of couches, curtains, and more.

Caring for squirrels as pets is not as simple as caring for a dog or cat. First off, their diets are unique and not sold at your average pet store. Secondly, Squirrels require a spacious cage for when their owners can’t supervise them roaming throughout the home. And these cages do not come cheap.

Lastly, just like any other animal, squirrels can get sick. In fact, most squirrel owners who take the health of their pets seriously will schedule vet appointments every six months or so. But this isn’t as straightforward as it may sound. It can be difficult to find a veterinarian specializing in exotic animal care, and the vet bills are expensive.

Squirrels require constant supervision and care. So, if you leave your house for a weekend or even for a night, having a pet squirrel will limit this. And although you can keep the Squirrel in its cage for some time, it is highly discouraged to have them cooped up for over a couple of hours. As mentioned before, squirrels require ample space and time to run around and release their energy.

Plus, if you allow your pet to roam the house freely, you will need to keep a close eye on them. They can easily destroy valuable items or get themselves into some sticky situations.

In the wild, a squirrel lives for about six years. And under human care, they’ll typically live to 10 or 12 years old. So, if you happen to take in a baby squirrel from the wild, you need to be ready to dedicate the next ten years of your life to this furball.

Once the Squirrel is under human care, it can be extremely dangerous to release them back into the wild. The Squirrel becomes dependent on people and will likely not survive in the natural world. 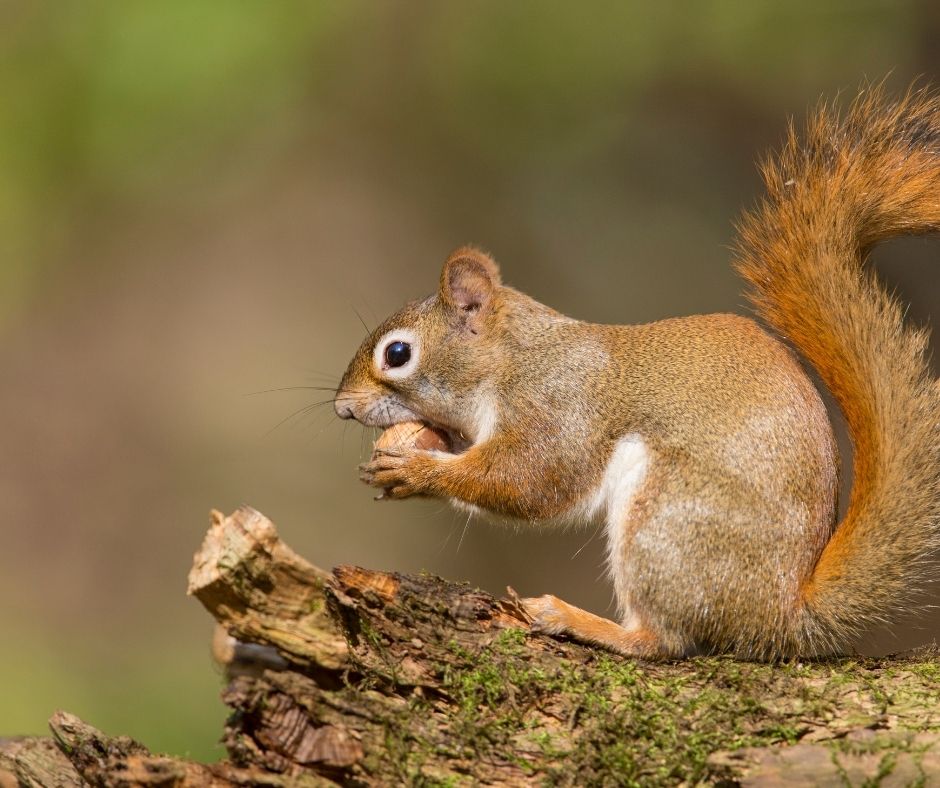 Is it Legal to Keep Squirrels as Pets in Virginia?

In Virginia, it is illegal to keep squirrels as pets. In fact, professionals and animal enthusiasts consider it immoral. Qualified exotic animal experts may rehabilitate injured squirrels, but the average person should never attempt this.

On the other hand, some states allow people to own squirrels as pets. But in most cases, there are requirements and regulations that must be followed.

Imagine you are suddenly plucked from where you’re sitting and placed in a cage for the rest of your life. It sounds like a nightmare, doesn’t it?

Well, that’s what it’s like for a wild squirrel to be snatched from its natural habitat and brought into a human home. Squirrels are wild animals and should remain so.

However, certain situations may call for human intervention. If a squirrel is injured or if a baby is abandoned by its mother, taking the creature under your wing is less frowned upon than if you snatch a healthy adult from the wild.

But still, only qualified animal experts are equipped to care for an injured or newborn squirrel. The average person who attempts to rehabilitate or raise a squirrel can cause harm to their new pet. In many cases, unqualified individuals will end up accidentally killing the animal due to a lack of knowledge and experience.

Finding an Injured or Abandoned Squirrel

Handling a sick, injured, or orphaned animal of any kind often does more harm than good. If you happen upon an ill or injured squirrel, call your local wildlife experts to determine what plan of action is best.

Professionals will typically recommend not handling the animal and waiting for their arrival.

However, if you plan on taking the animal to the experts, handle the animal with the utmost care by providing them with warmth and comfort as you make your way to the vet.

If you have discovered an injured or ill adult squirrel or an abandoned baby squirrel on your property, Call James River Pest Solutions, and we will connect you with a local wildlife removal company. 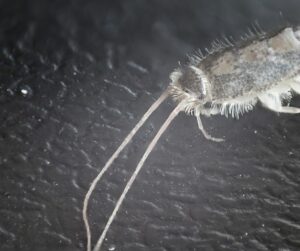