The last things you want to ruin your summer fun are the bites and stings from some of the most irritating and potentially dangerous insects here in Virginia. From tiny ants to buzzing wasps, there’s a whole world of stinging and biting insects just waiting for their next chance to pounce- Or so it seems.

However, many insects bite or sting out of necessity, not pure evil. But that doesn’t negate the fact that their bites and stings are annoying in the mildest of cases. On the other hand, they can lead to severe illnesses or allergic reactions.

James River Pest Solutions shares with you some of the most common stinging and biting bugs in Virginia. Plus, we give you all the information you need to correctly identify a sting or bite so that you can act as soon as possible in the case of an emergency. 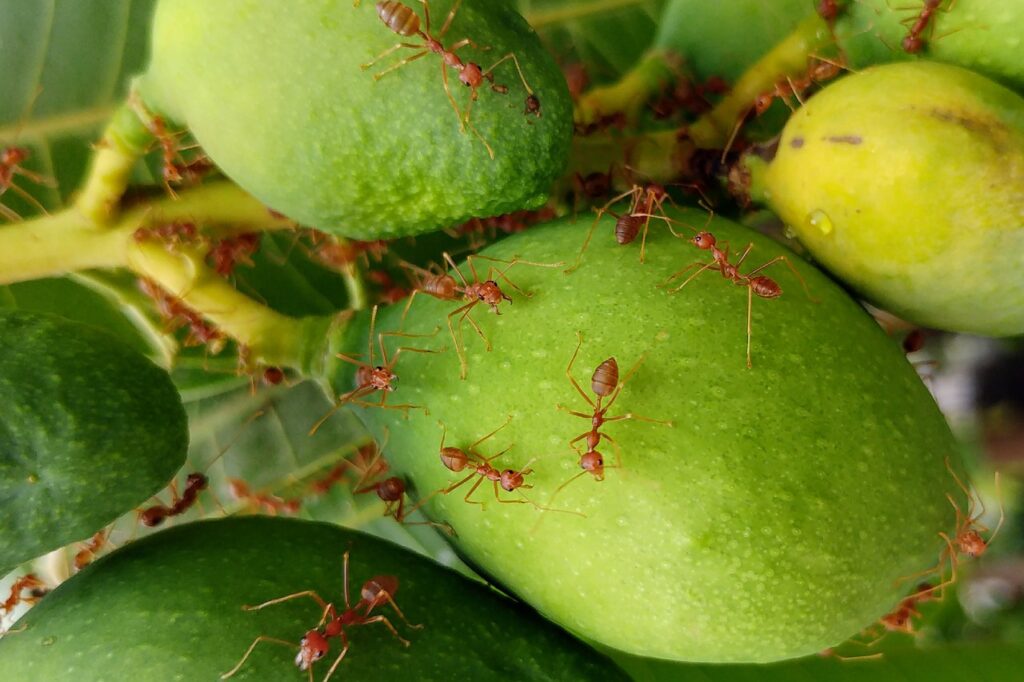 Fire ants are small red ants that can both bite and sting their victims. Most commonly, people are attacked by one or more fire ants when they’ve unknowingly crushed their ant mount.

If you don’t notice soon enough, the ants are quick to respond. With their jaws or mandibles, the fire ant will latch itself onto the skin, biting the human or animal. And once securely attached, they use their stinger to inject venom.

Fire ant stings are typically small, swollen, and fluid-filled. To identify a sting, look for a white dot at the center of the risen area. Additionally, multiple bites and stings are common. So, you might see several bites in a semi-circular pattern.

Effects of the Bite and Sting

Immediately, humans will experience a burning sensation with severity levels that vary depending on the person’s pain tolerance.

Ant bites can become infected, causing further pain and itching. In most cases, infection occurs due to scratching the sting to relieve the itching sensation. Once the ant bite is an open wound, it is susceptible to infection, so be sure to avoid scratching.

Like ants, bees will sting to defend themselves or their colony. And although there are many different kinds of bees, the stings are similar in nature. Some bee species will die shortly after stinging a human. And because of this, many only have the chance to sting once. However, some bees live through the sting and can attack multiple times.

Bee stings are small to medium and swell, creating a raised lump on the skin. The bump is typically pale and marked with a red dot in the center that will turn white soon after being stung.

Effects of the Sting

Redness, swelling, itching, and sharp pain are experienced when stung by a bee. After several minutes, the pain reduces to an aching feeling.

Some individuals are highly allergic to bee stings. Symptoms of a severe allergy include:

Female mosquitoes will bite a human to engorge themselves on our nutrient-rich blood. In fact, males never bite. Instead, they get all they need from sipping on the nectar of flowers.

Unfortunately, there is no limit to the times a mosquito can bite a single person, making them quite a nuisance to us.

People experience different reactions when it comes to a mosquito bite. Some develop a large, puffy, red or pink lump on the skin, while others’ reactions are similar but milder.

Upon being bitten by a mosquito, most people feel a slightly sharp poke. Afterward, the bite can become inflamed and itch. Some people experience more intense itching than others.

Scratching the bite to create an open wound can lead to infection. But there is a lot more to be wary of when it comes to these pests. Although most are harmless, some mosquitoes can carry dangerous illnesses. The following are some of the diseases caused by a mosquito bite: 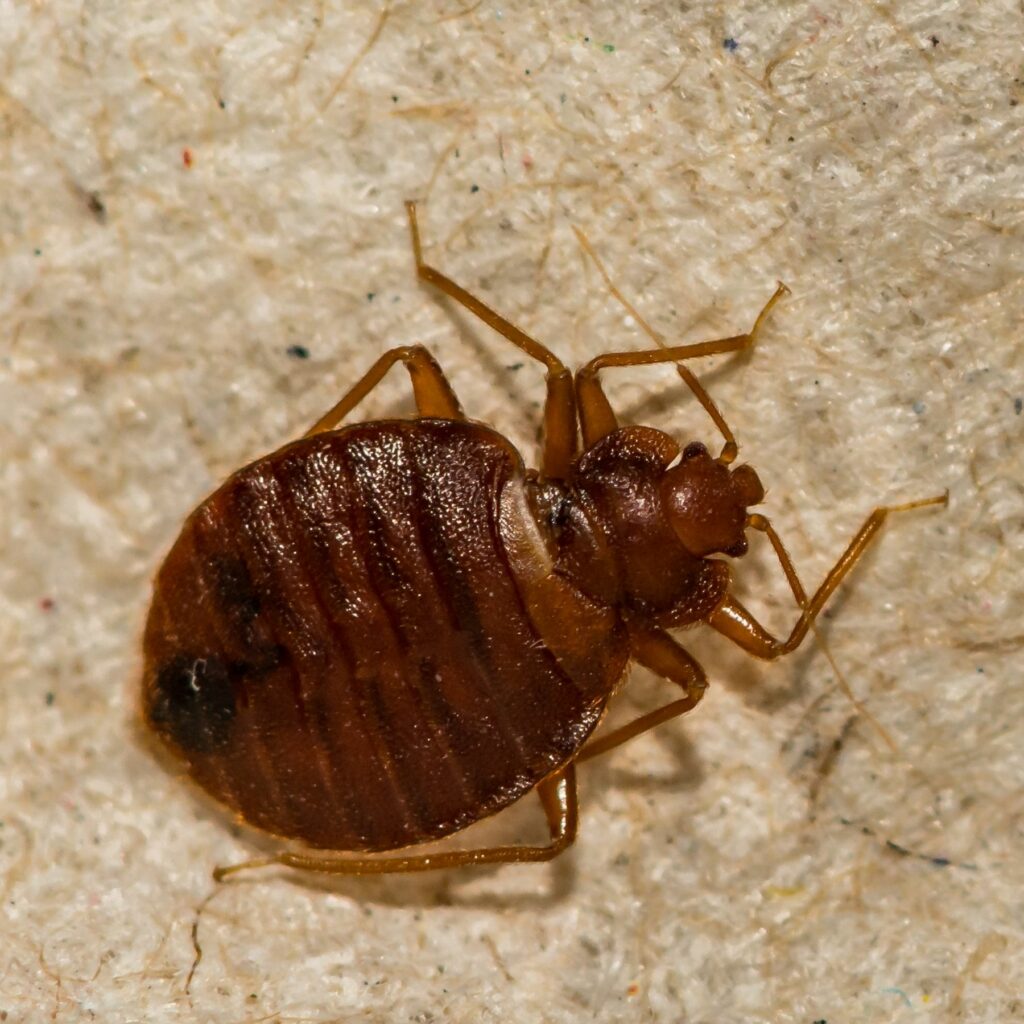 Bed Bugs are tiny, brown insects that live off the blood of humans and other animals. Unfortunately, bed bugs are easily spread and can make their way inside your home, often unnoticed until you wake up to mysterious red welts.

Bed bug bites are slightly raised, red or pink welts, often in a cluster or line.

In most cases, the actual bite of a bed bug inflicts no pain. However, itchy blisters or hives can appear and irritate the skin.

Scratching the welts from a bed bug can expose the skin to infection. And although it’s rare, some people experience allergic reactions upon being bitten. Watch out for the following symptoms indicating an allergy to bed bug bites:

The sting from a wasp or hornet is similar to that of a bee. However, wasps and hornets are known for being more aggressive in defense of themselves or the colony. If you get too close to one of these insects or its nest, they are likely to sting.

Wasp and hornet stings are typically red and swollen bumps on the skin.

Effects of the Sting

When stung by a hornet or wasp, humans feel a sudden and sharp pain. Afterward, the welt may be itchy and painful for several minutes or even a few hours.

Some individuals are allergic to wasp and hornet stings. If you experience any of the following symptoms after being stung by a wasp or hornet, seek medical care immediately:

Flea bites are not only a concern for your pet. In fact, fleas feed on the blood of animals and humans. Fortunately, their bites seldomly cause any harm to humans. Nevertheless, their bites are irritating, itchy, and certainly unwelcomed.

Bites from a flea are typically found on the ankles and feet but can appear anywhere on the body. The red or pink rashes are usually in small groups.

Although sometimes immediate, the effects of a flea bite can take a couple of hours to become evident. Most people experience moderate to severe itching around the affected area.

Becoming ill from a flea bite is rare but possible. Some fleas carry bacteria that cause plague in humans. If this pest bites you, a loved one, or your pet, keep an eye out for the following symptoms and seek medical attention immediately:

Like fleas and bed bugs, consuming blood from animals- including humans– is how the tick survives. You may encounter these pesky insects while enjoying the great outdoors in any way.

They do not fly or jump but nevertheless find their way onto your skin. Typically, they will latch onto your clothes and crawl to a safe place to hide and engorge themselves on your blood. The tick will remain latched until they fall off on their own or are safely removed.

In most cases, a person will notice they’ve been bitten while the tick is still attached. You’ll see the tick’s body with its head burrowed into the skin with swelling and redness surrounding it. On the other hand, if the tick has fallen off, you are left with a relatively large swollen and red area on the skin.

When bitten by a tick, most people don’t feel any pain. But after some time, the affected area can burn, itch, and even blister.

Certain ticks can transmit diseases to humans. Lyme Disease is one of the most feared of all tick-borne diseases. The illness can take years to present itself, and it can take even longer to treat.

The following are other tick-borne illnesses you want to be familiar with:

Have a Bug-free Home with James River Pest

Sharing our natural world with insects who inflict bites and stings can be irritating, to say the least. However, many of these pests are a vital part of the balance of any given environment. We need them around more than we know.

With summer right around the corner, you want to be able to relax and enjoy your time in the sun rather than deal with painful bites and stings. So, ensure you’ll have a good time by taking the correct precautions and prevention measures while outdoors.

And if you are noticing any of these pesky insects roaming around your yard or inside the home, give us a call at James River Pest Solutions today.

And in the meantime, consider adopting the following prevention methods to avoid being stung or bitten this summer:

3 | Never swat at or provoke a stinging or biting insect.

4 | Stay away from wasps, hornets, and bee hives or nests.

5 | Wear long-sleeved shirts and pants and consider treating them with an insect repellent safe for clothing, like permethrin.

6 | Take outbreaks seriously. If you or a loved one is bitten or stung or notices welts of any kind, act immediately by looking into what may have inflicted the bite or sting. More significant issues often arise as a result of ignoring the outbreak.

With over 20 years in the industry, you can count on the experts to create a bug-free home and yard for you and your loved ones. What’s more, we offer a free inspection to ease your worries.

So, do not hesitate to reach out to us if you have stinging and biting insects on your property. 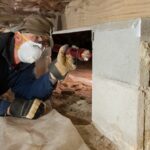 The Hazards of Crawl Space Mold

How to Keep Fleas and Ticks Out of the House 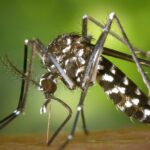