As we creep our way into spooky season, it is just as important as any other time of year to be aware of the horrors of a potential pest infestation. And in the spirit of Halloween, James River Pest Solutions brings you six exterminators’ nightmares that will make your skin crawl!

Continue reading to discover some of the most frightening real-life pest encounters that have made people feel as if they were living in a creepy Halloween tale! 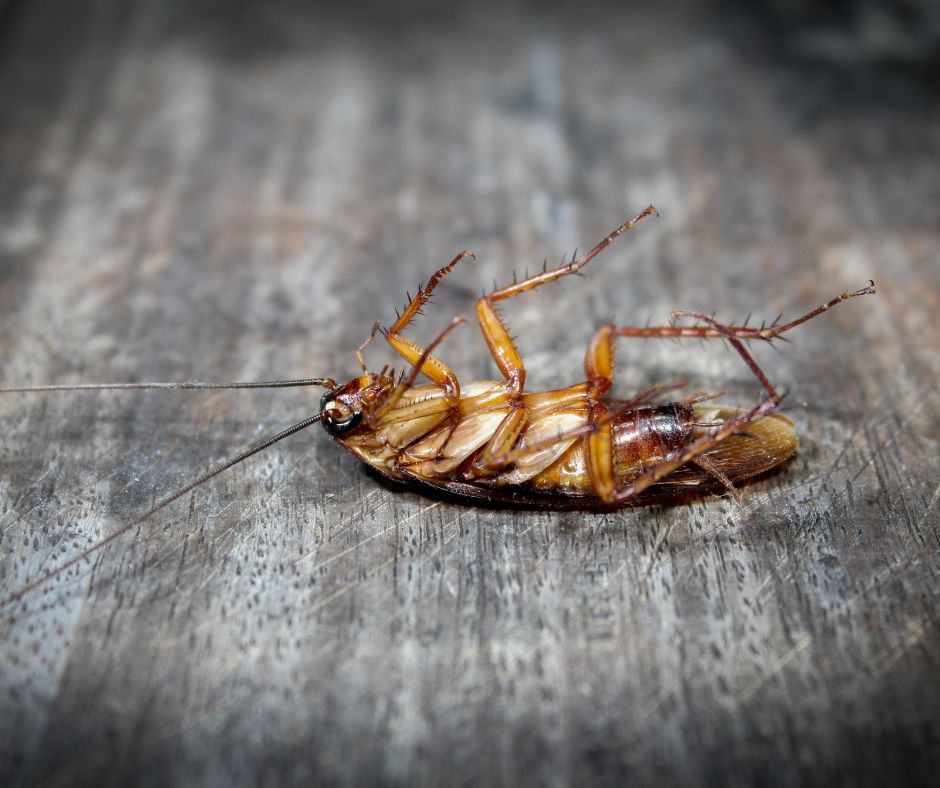 A young exterminator’s nightmare came to life when he was scheduled to remove cockroaches from a home in 2004. His co-workers gave him two crucial words of advice as he gathered his gear to head out to a call he will never forget. First, the experienced exterminators warned him to ensure his pants were tucked into his socks. And second, they instructed him to stomp around as soon as they began fogging the roach-infested home.

He wondered why such peculiar advice was given to him. But he would soon find out. When the team arrived at the residence, they switched on the foggers, and the home suddenly turned into a scene from the creepiest of horror films. Through the fog, the young exterminator could see roaches raining from the ceiling and scurrying around the floor. They were coming right towards him!

He recalls the event as one that will be burnt into his memory for many years. Later that day, the team had no other option but to burn the home down to the ground. When cockroach infestations are severe enough, the entire house is set on fire to prevent the roaches from spreading to neighboring residences and becoming even more out of control.

The team dug a trench around the house, filled it with hay, soaked it with gasoline, then tossed a lit match. The home and its resident roaches were consumed by a ring of fire. Now that is one scary Halloween exterminator’s nightmare.

2 | The Most-Infested City in the Country

In Detroit, waking to small red welts covering your arms and legs is not unheard of. Bed bugs have had a significant place in the town’s history for many years. In fact, in 2017, it had 605 reports of bed bug problems, making it the third most-infested city in the country!

However, 2010 marks a time when the people of Detroit faced disastrous numbers of bed bugs and couldn’t imagine how the issue would be controlled. Massive office buildings and other establishments had to undergo emergency evacuations to escape and treat stubborn infestations.

But that’s only the tip of the iceberg—Detroit’s mail services were forced to come to a halt! It was speculated that the bed bugs were creeping their way into the city’s mail and spreading at alarming rates. 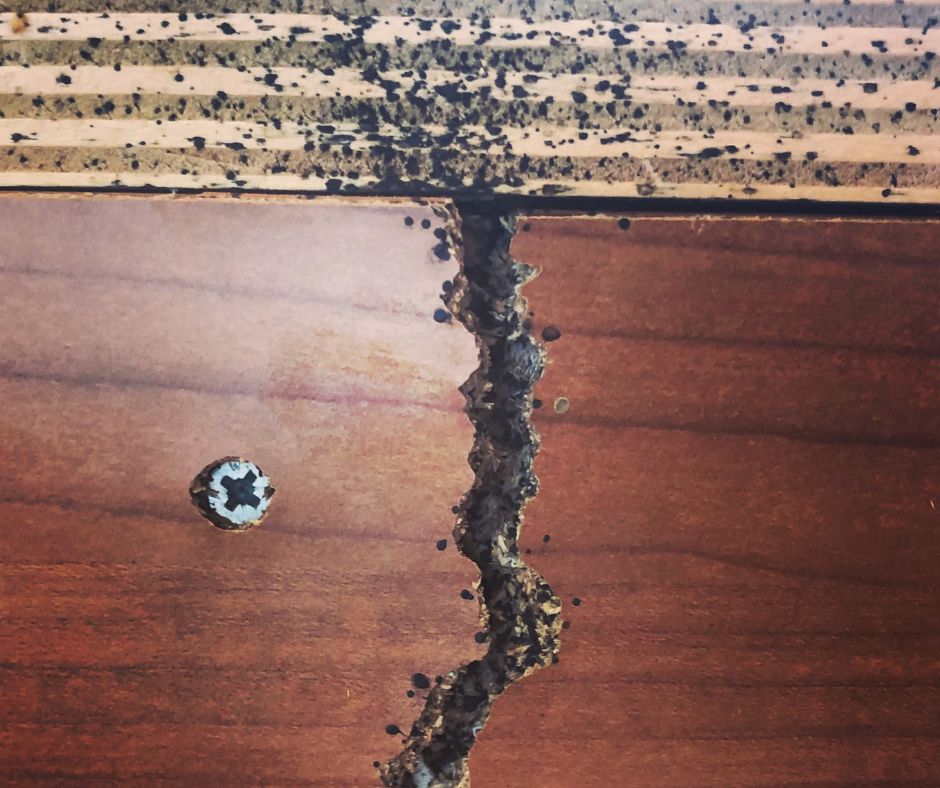 After this woman experienced one of the most insane exterminator’s nightmares, she will never view a lone ant crawling on the kitchen counter the same again. She and her family had recently moved into a new home. On a typical evening, she suddenly noticed what she thought were specs of mud on the inside door frame of the backdoor.

She grabs a towel and cleaning spray to wipe down the mess. However, it only took a moment for her to realize the specs were moving! Hundreds of tiny dark ants were pouring out of a small opening in the wall! She reached for the vacuum and switched it on, but it was almost no match for the colony of quick-moving ants.

The next day, she hires a pest control company to come out to her home and inspect the property. The specialist explains to the woman that the ants she saw were merely the 10% the colony sends out to find a new home. She discovers that the ants pouring from her wall were escaping the nest they out-grew to search for a more suitable home. Hundreds of thousands more infested the entire back wall of their home. It took months for the wall to be treated and all the ants removed.

Most people would agree that the most frightening creature to share your home with would be these eight-legged arachnids—spiders! For a young woman living in a small apartment in the city, spiders will continue to make her skin crawl for many years after this unforgettable encounter.

She first realized something wasn’t right when she would wake up every morning with countless tiny red welts on her legs. And after a week or so, the bumps would become bright red, increasing in size and causing her far more concern.

She visits the doctor to see what may be happening and discovers she was experiencing serious cellulitis from spider bites. She was prescribed antibiotics and had her landlord send out an exterminator. Just when she thought matters couldn’t get any worse, she received the news that her bedroom was infested with hundreds of tiny spiders!

She threw out her bed sheets and blankets and stayed at a friend’s home for weeks after the terrifying discovery. Her apartment was treated three times to eliminate the spooky little critters.

5 | Not Your Typical Halloween Campfire Story

Here is another exterminator’s nightmare. For some, home is simply where you make your bed. This was the case for a 13-year-old boy, now much older, as he recalls when he and his family camped outdoors when they had nowhere else to live.

He awoke to a sleeping bag full of shiny little silverfish! The father hears his son’s panic and switches on a flashlight. Once again, the family sees hundreds of silverfish in the tent and decides it’s time to leave their camp. They gather the cash to stay the night at a cheap motel, which felt like a luxury to the boy and his young siblings. To this day, he still has a massive fear of silverfish. 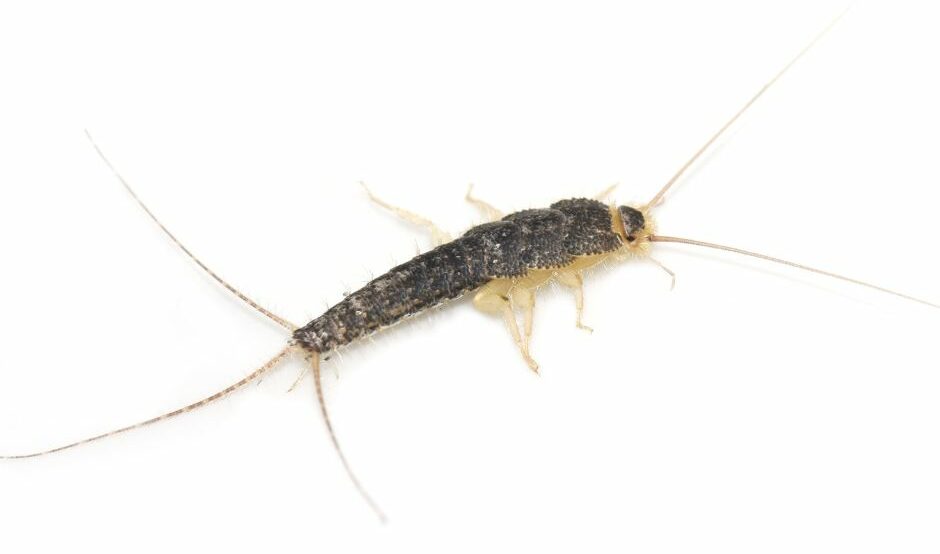 6 | A Buzzing Blackout Story for Halloween

Almost nothing better qualifies as an exterminator’s nightmare than an entire city being overtaken by swarming flying ants! Hundreds of thousands of winged ants suddenly appear in this U.S. city. The ants darken windows, land on terrified residents, and cover vehicles like a buzzing black sheet.

However, this isn’t an unusual occurrence for the locals of this town. This incredibly spooky event happens each year around the same date. And in no time, the ants seem to disappear into thin air. This occurrence may be a mystery to most, but scientists have an explanation. Once a year, many ant species have reproductive members that will swarm and mate to carry on their colony. They vanish because many of them die after mating. Nevertheless, swarms of this intensity are few and far between.

Avoid These Halloween Nightmares with Tips for a Pest-Free Fall

After reading through these spooky pest stories, you may be in a panic to do everything you can to keep the same from happening to you and your family. However, it is important to realize that while the above scenarios are certainly possible, they are also rare. Keep the creepy crawlers at bay this fall by implementing the following expert prevention tips:

Get Rid of the Creepy Crawlers this Spooky Halloween Season

James River Pest Solutions is your go-to professional exterminator. Schedule a routine inspection with our team today and avoid putting yourself in the middle of a real-life nightmare!

We handle all kinds of home-invading pests:

No more exterminators’ nightmares! Give us a call today to learn more about our pest control services. 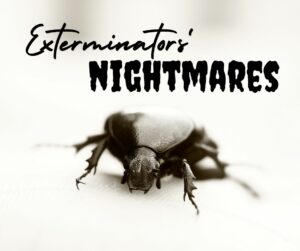