Many different species of spiders live in and around dwellings in Central Virginia. Some make webs, such as the the cellar spider. Others, like the wolf spider are free roaming and make no webs. The majority of spiders are harmless, and in fact beneficial because they prey upon other pests in and around your home. Most spiders have fangs too small or weak to puncture our skin. Those that are capable of biting humans generally will not do so, unless they are harmed or feel threatened. There are only two spiders that pose a health risk in Virginia: the Black Widow and the Brown Recluse.

Black Widows are common especially outside and in areas less frequented around your home such as garages and sheds. The Brown Recluse is not native to Virginia, but bites are reported occasionally. If you suspect a bite from either species, seek medical attention immediately. If you have a spider problem, James River is your solution. We’ll get rid of the existing spiders, and then develop a plan for you to keep them out for good. 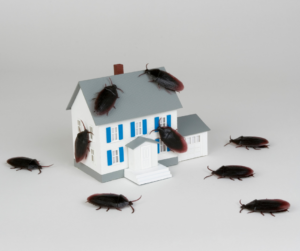 How Do I Get the Cockroaches Out? 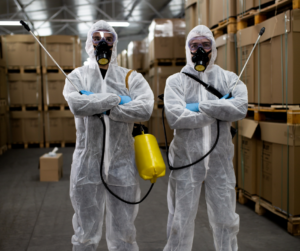 Why Bed Bugs are a Big Winter Problem